When planning out a mini trip to Monaco, both my beautiful friend Meara and the one and only Carol Hatton, founder and owner of Carol Joy London, recommended the Fairmont Monte Carlo as the place to stay. (Carol has actually just opened one of her spas at the hotel.)

The Fairmont Monte Carlo is smack bang on the famous hairpin curve of the Monte-Carlo Grand Prix. It’s one of those properties that proudly and fiercely holds its own. Even though it may not be as visually “grand” as others, categorically you will not find a hotel better located than the Fairmont.

If you look at it from the coast, you’ll see it’s been built atop 15 metre pillars, hovering over the sea, which means that you’re not only centrally located but in a prime position to take in some breathtaking scenery. There’s the Mediterranean on one side, the city on the other, with the majestic Maritime Alps in the background.

The hotel also arguably has some of the best facilities in Monte-Carlo. They’re so good, in fact, that the locals are often seen frequenting the Fairmont for ladies lunches where crisp champagne is accompanied by sparkling ocean views.

Even though the sprawling property is bigger than the usual boutique brands we hunt down, it was hard to turn down two personal recommendations and the chance to be right in the centre of where all the Monaco magic happens!

No sooner had I swung my feet out the car were the door staff greeting me with gleaming smiles and a warm welcome.

With 602 rooms, 7 floors, and a total of 60,000 sqm, the Fairmont Monte Carlo is enormous compared to the more intimately sized properties we usually frequent. But, the warmth of the staff alone managed to drastically reduce the overwhelming feel of it all, and that’s no small feat!

There’s clearly something about the Fairmont brand, both inside and out. It says a lot when staff tend to stick around for a while, given the high turnover rate in the hospitality industry. When I was there, the concierge had just celebrated and retired after 40 years of service and Claudia Batthyany, the Director of Communications, is going on 15+ years and counting with the Fairmont brand.

All in all, from hello to goodbye, the staff were absolutely seamless in service.

As for Fairmont’s style, it is unapologetically classic. Forget about keeping up with trends or trying to be something they’re not; the Fairmont Monte Carlo is self-assured in its brand and channels a traditional elegance throughout the rooms. This may be an older property but make no mistake – it is still an incredibly well-maintained luxury hotel and no detail is overlooked.

Think of the Fairmont Monte Carlo as the regal matriarch of hotels!

One of the best things about older properties is all of the space! Every guest room is amply sized and comes with a private terrace (a luxury upgrade in many other hotels). My terrace fit a sun lounger, a cafe table, two chairs, and offered a gorgeous view of the sea, where I could watch the yachts lazily bobbing on the water.

The king size bed with its soft, luxurious linens persuaded me to spend a bit of time lounging there upon checking in. In the classic marble bathroom, Le Labo toiletries (in Rose 31, for those curious!) were carefully arranged on the counter, alongside your other standard amenities. There is a separate toilet and bidet, as well.

A peek inside the mini fridge revealed it to be plentifully stocked, including mini bottles of champagne (bonus points for this!), and there were also some nibbles to tide you over should you get peckish between meals. The rooms are equipped with a coffee machine for those mornings when you want to get your caffeine fix on the terrace, a flatscreen TV, and a desk if you really must do some work.

In total, the hotel has 10 types of rooms and suites, ranging from the Fairmont (35 m2) up to the Grand Prix Suites, of which there are only four. These suites are dedicated to renowned drivers Ayrton Senna, Sir Stirling Moss, David Coulthard, and Jean Alesi, and each have a staggering three balconies.

For breakfast, Horizon Deck has a fabulous buffet where you’ll be spoilt for choice. The restaurant has incredible 360 views that you can admire as you nibble your way through a plate heaped with breakfast goodies or whilst enjoying a glass of champagne at sunset. Horizon serves throughout the day, though dinner is strictly a la carte or a tasting menu.

The Fairmont Monte Carlo is also home to Nobu, the worldwide famous restaurant by acclaimed chef Nobuyuki Matsuhisa. Knowing I’d be lounging at Nikki Beach the next day in my Evarae swimsuit, I stuck to a light but delicious dinner of kelp salad and salmon sashimi. The views here are fab (but really, the views from any corner of this hotel are fantastic) and the terrace seating is really lovely. You can sit facing directly out to the ocean or take in the skyline of Monte-Carlo. Nobu is open to non-hotel guests, as well, so it’s a popular spot for locals (it was absolutely buzzing the evening I was there!).

If you’re looking for a nightcap (or simply can’t sleep because of jet lag), Saphir24 Bistro Lounge & Bar is open – you guessed it – 24 hours a day, 7 days a week.

Originally Carol Joy London only had a hair salon at Fairmont Monte Carlo but they’ve now taken over the full spa. I have always loved the brand (and Carol herself) so I was thrilled to have the chance to experience the Monte-Carlo spa. They were still in soft open phase but I snuck in for a glorious facial treatment that left me feeling revitalised with glowing skin.

My therapist Yana was absolutely amazing. She’s known Carol Hatton for years and when asked to come on board, she jumped at the opportunity. Yana brought such a calmness to her therapy and did everything with thoroughness and precision. It was exactly what I needed and the same fabulous standard that Carol maintains throughout the brand.

I’ll refrain from revealing too much more but keep your eyes and ears open – the new Monte-Carlo branch of the Carol Joy London spa is going to be fab and well worth making time for a pamper session.

The story of how Carol Hatton turned her product line into a success stems from one of those serendipitous entrepreneur moments. She was a spa lover who travelled the world and shifted from being the customer to being a spa owner. Not wanting to compromise on quality, Carol spent years sourcing her special ingredient which took her around the world before finally finding it – golden millet oil – in Switzerland.

One of the countries she stopped in was Japan and this was where her brand’s name was born. Whilst trying to think of posh French names, her mentor in Japan suggested Carol Joy London, which was her first and middle names coupled with London. So simple yet so perfect!

Carol’s real breakthrough came when she was at The Dorchester to take some product photos in the hotel lobby. But that day, there was an awful snowstorm, the roads were gridlocked, and her photographer had to cancel. When Carol realised this was a no-go, she decided to head to the spa instead and bumped into the general manager, who apologetically told her that the spa was closed for renovation.

At that moment, armed with a bag full of her products, a lightbulb went off in Carol’s head. She asked if they were looking for any new brands and he said they were keen on British-made goods. Within a week, the head of the spa was at Carol’s spa testing and trialing the goods and 30 years later, Carol Joy London is prominent and dominant at The Dorchester. What a story!

For another type of rejuvenation (one that involves sunshine and cocktails), head straight to the rooftop to Nikki Beach. With capacity for up to 800 guests (!), a stunning pool, their signature all-white sun beds, and resident DJ Fa Diese spinning the perfect soundtrack for the setting, you have all the makings for a lazy afternoon spent basking in the beach club vibes. 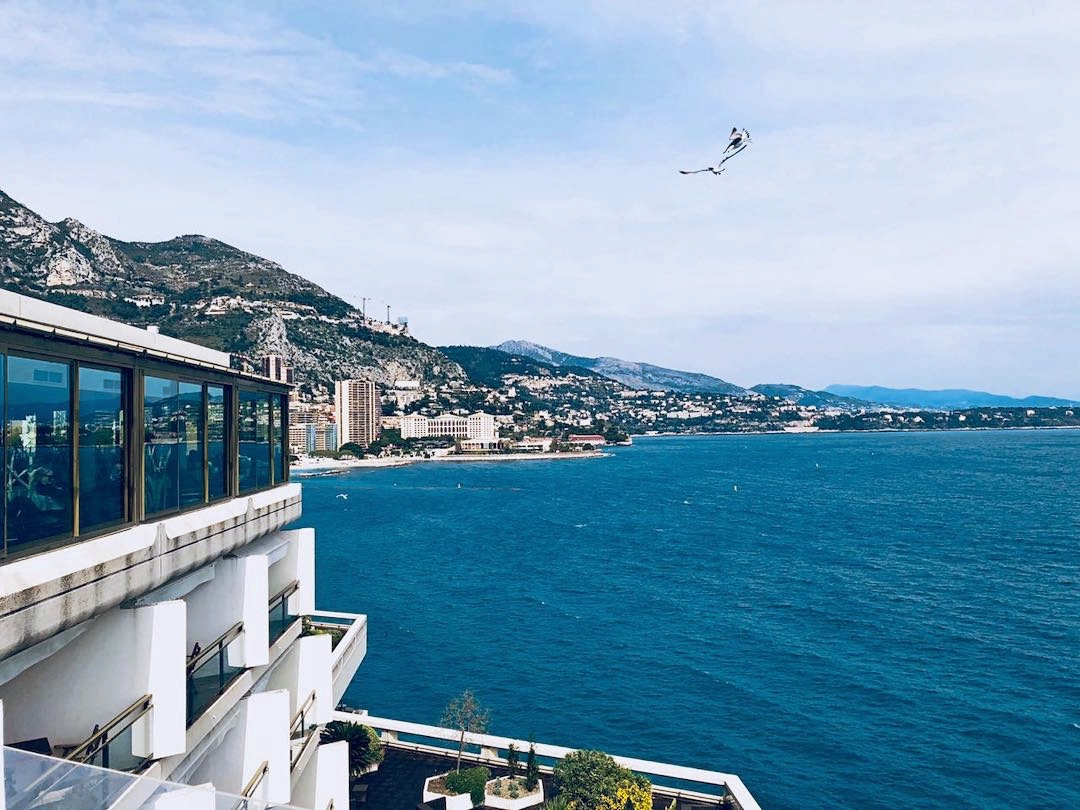 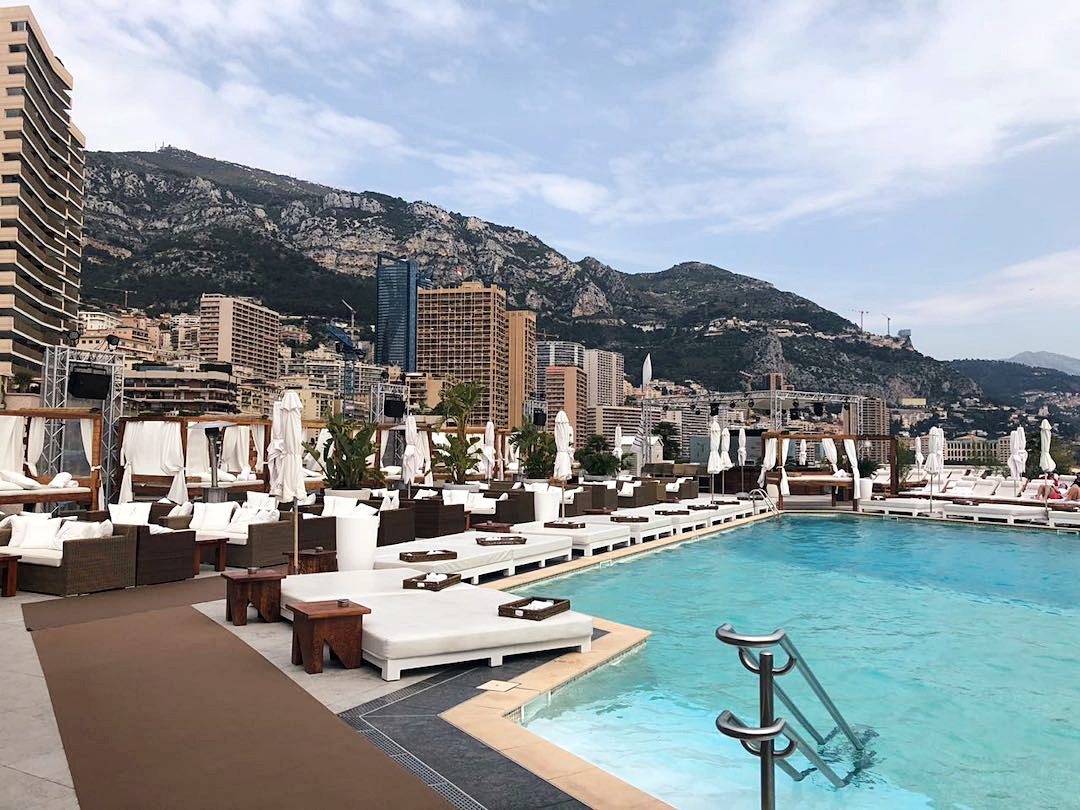 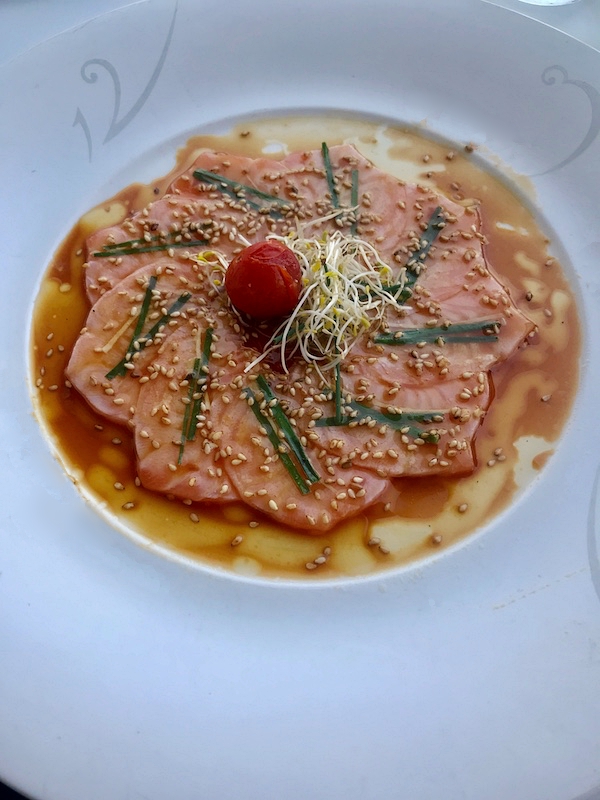 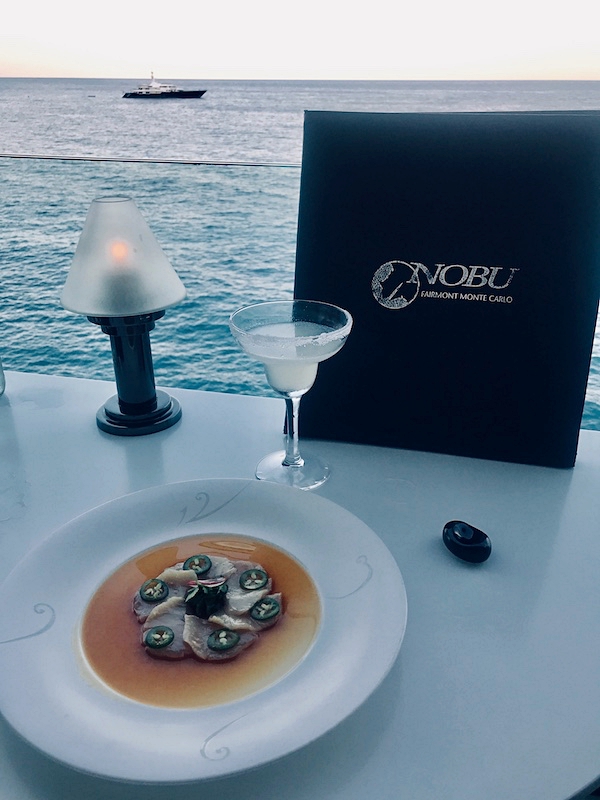 Dining with a view at Nobu