When heading to Stockholm (yet again because I just can’t get enough of the city these days), I asked three of my local buddies and even the PR head of another top restaurant in Stockholm for food recommendations. All of them squealed, “You have to do Oaxen Krog!”. So there you have it, it was on the list.

Oaxen Krog & Slip are run by Chef Magnus Ek and his partner Agneta Green, who first opened their restaurant Oaxen Skärgårdskrog (shortened to Oaxen Krog) on the rather remote island of Oaxen in 1994. Practically unheard of at the time, the duo chose to go against the grain and focus on foraging and sustainability over exotic imports and lavish ingredients.

In 2011, Magnus and Agneta decided to relocate from the rather isolated island to a much more central location in Stockholm, where they reopened as Oaxen Krog & Slip in 2013.

Oaxen Krog is known for gastronomic dining and has been listed on the World’s 50 Best Restaurants. It won its first Michelin star in 2014, with two stars following close behind in 2015. The Nordic bistro Oaxen Slip, not to be forgotten, earned a Michelin bib gourmand in 2013.

Both are fabulous in their own right and I can attest to that as I was able to visit both on separate occasions (lucky Pra!).

There is a strong nautical theme within the two restaurants but that’s only to be expected given the restaurants’ location and the building’s heritage. Oaxen Slip is located in the front part of the boat shed with Krog tucked away in the back.

The first time I visited, I went to Oaxen Krog. It was a winter’s evening, with plenty of snow that had my Sorrel boots working overtime, but what a beautiful sight it was to see the lit up boat shed in the dark! It may have been freezing outside but upon stepping inside, it was buzzing, warm, and full of laughter.

Here, the design and decor is that minimalistic Scandinavian vibe with smooth wood furnishings and touches. The lights are soft, and it’s darker and more sophisticated – you can see and feel the change in vibe from the more lively Slip out front. There’s an open kitchen where you can admire the deftness of the staff as they meticulously construct the various dishes and the striated walls and ceilings evoke a feeling of being in the hull of a ship (but in a much less claustrophobic way!).

My tasting menu at Oaxen Krog was accompanied by extra dose of attention and detail, with thorough explanations of each course as it came out. The sommelier was amazing and the staff were spot-on. Although it’s fine dining, there’s a fabulous buzz in the evening, with a crowd made up of Stockholmian gourmands, in-the-know tourists eager to experience Chef Magnus Ek’s new Nordic cuisine, and business folks wining and dining. The entire evening was on my “caviar moments” list, which we don’t dish out lightly.

The next time I went, it was to the more relaxed Slip for Sunday lunch. It is bright and airy, with floor to ceiling windows that allow the sunlight to stream in and boats that hang overhead. It was trendy and buzzy and the daytime views were as cool as the audience. The staff were super friendly and I loved being able to look out onto the water whilst munching through my dishes. The restaurant is open for lunch, dinner, and brunch, so it no doubt picks up a more lively atmosphere in the evenings when friends gather after work to catch up over a few drinks and a table full of Swedish dishes!

Oaxen Krog is definitely a special occasion destination, whereas (if I lived in Stockholm) I would go to Slip every couple of weeks for suppers or Sunday lunches with friends or colleagues. 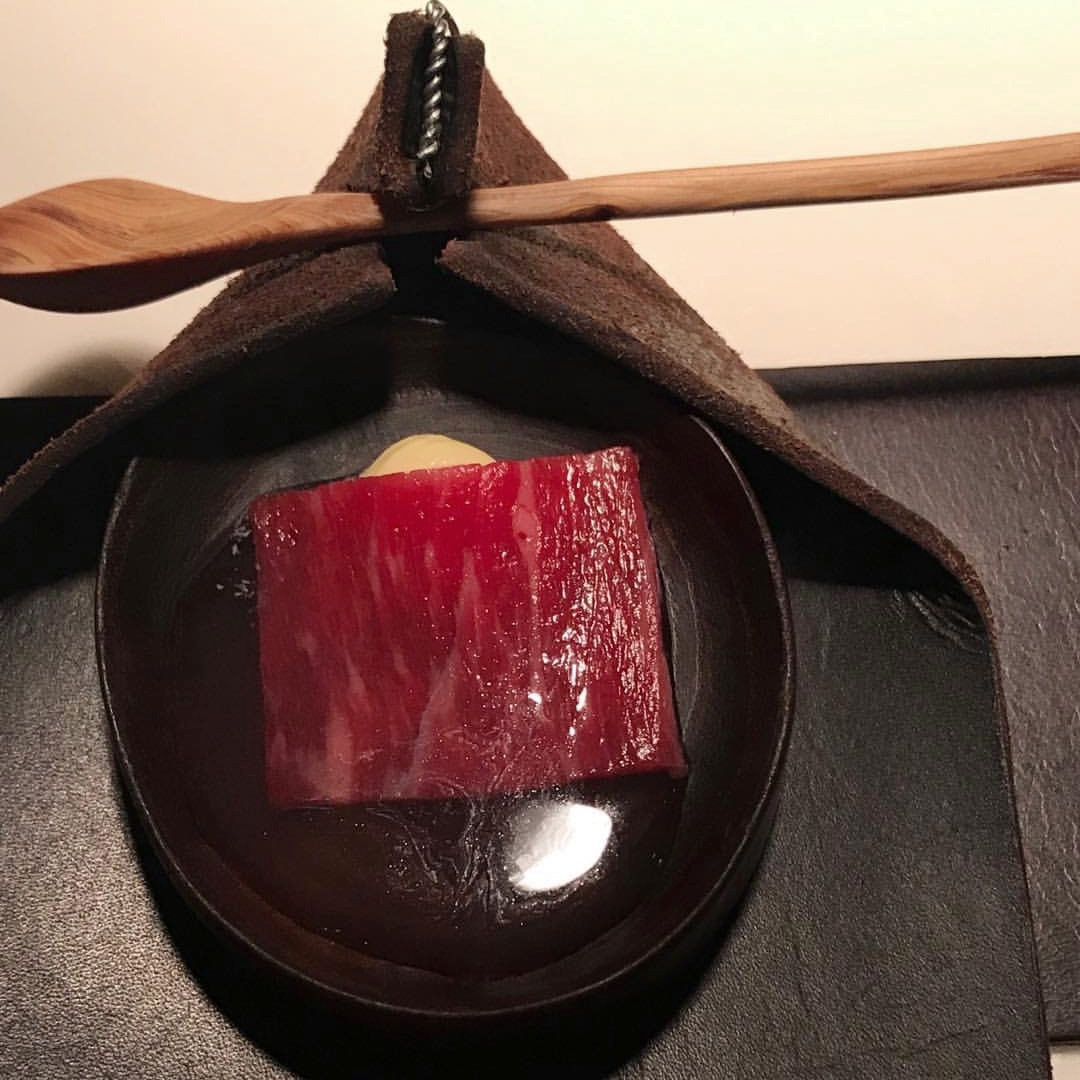 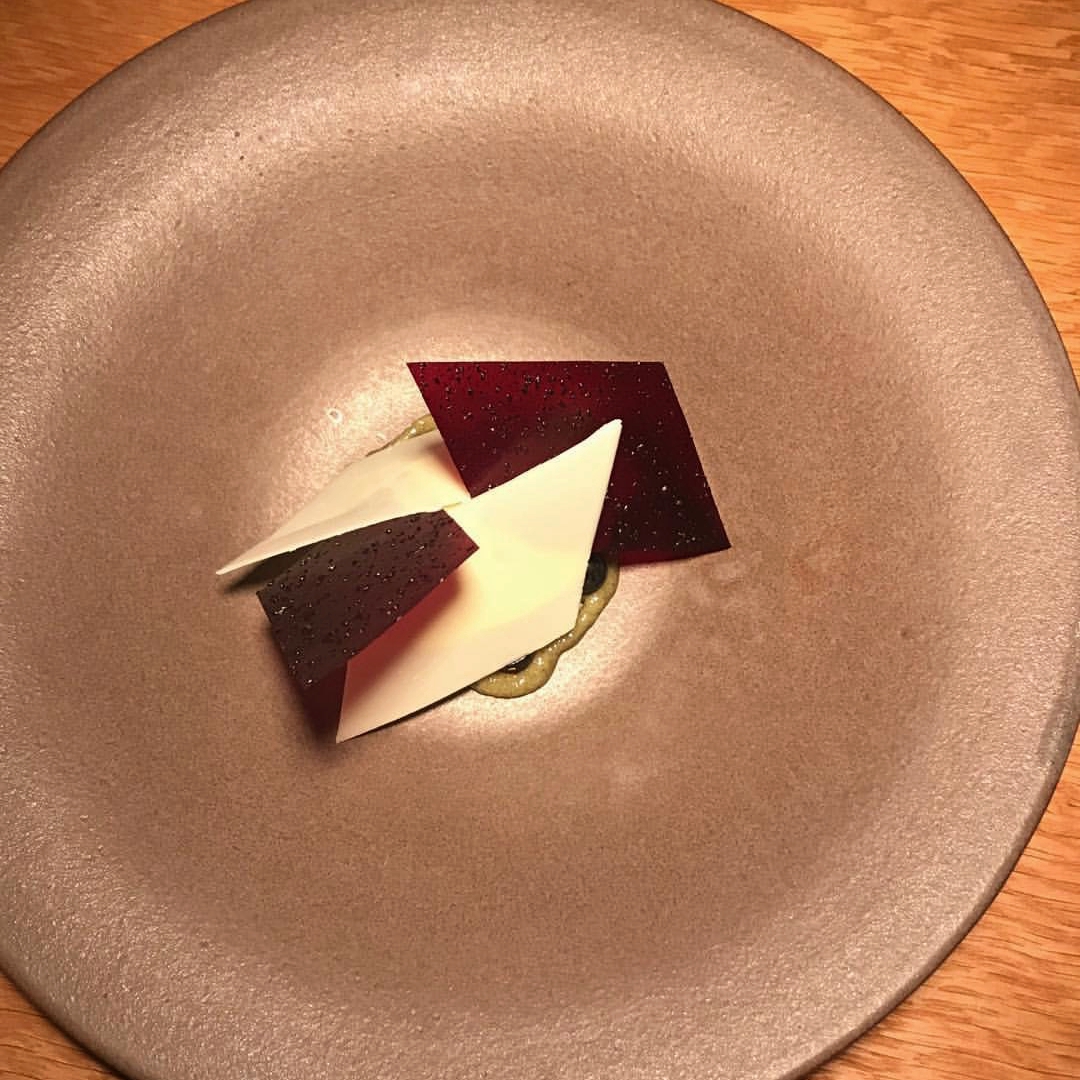 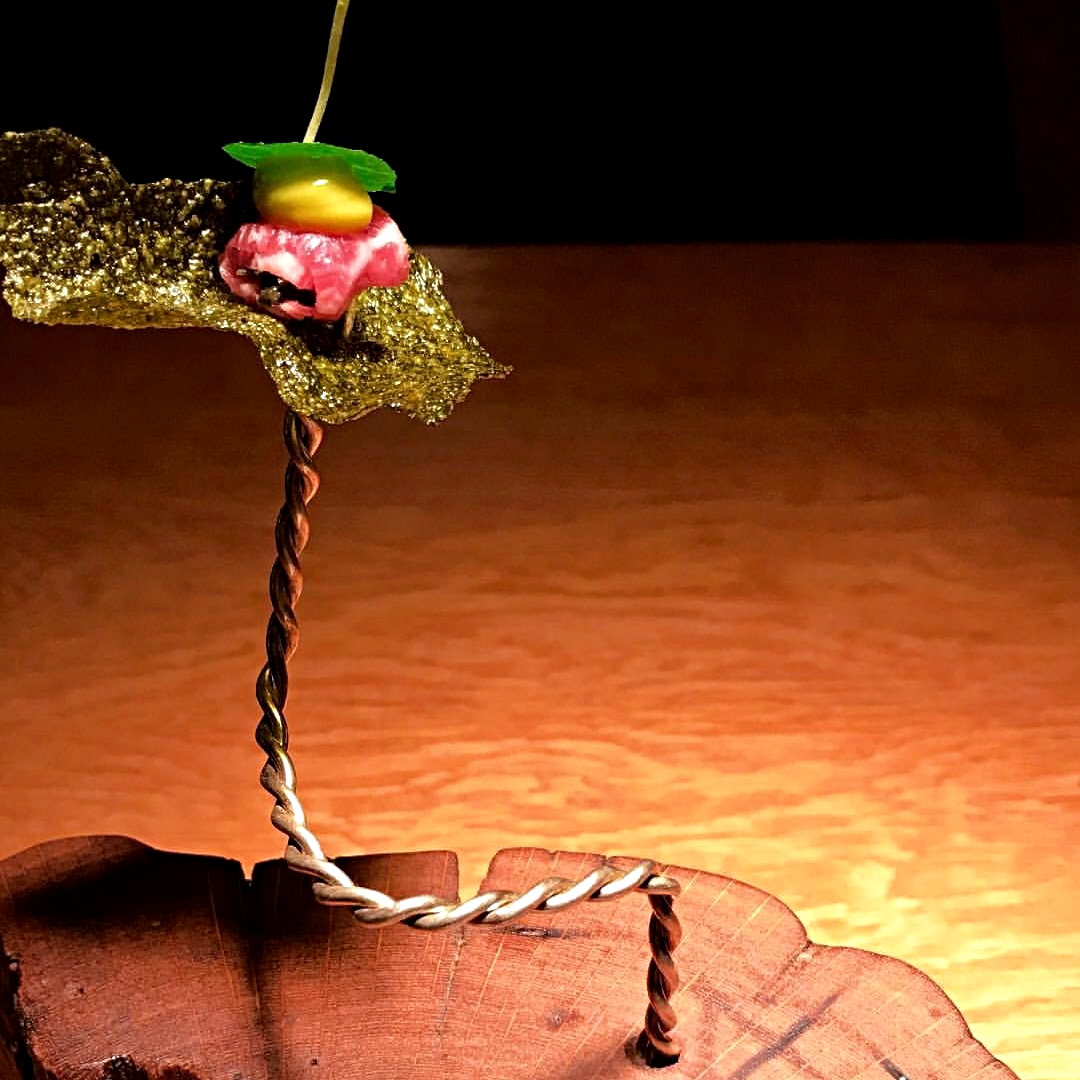 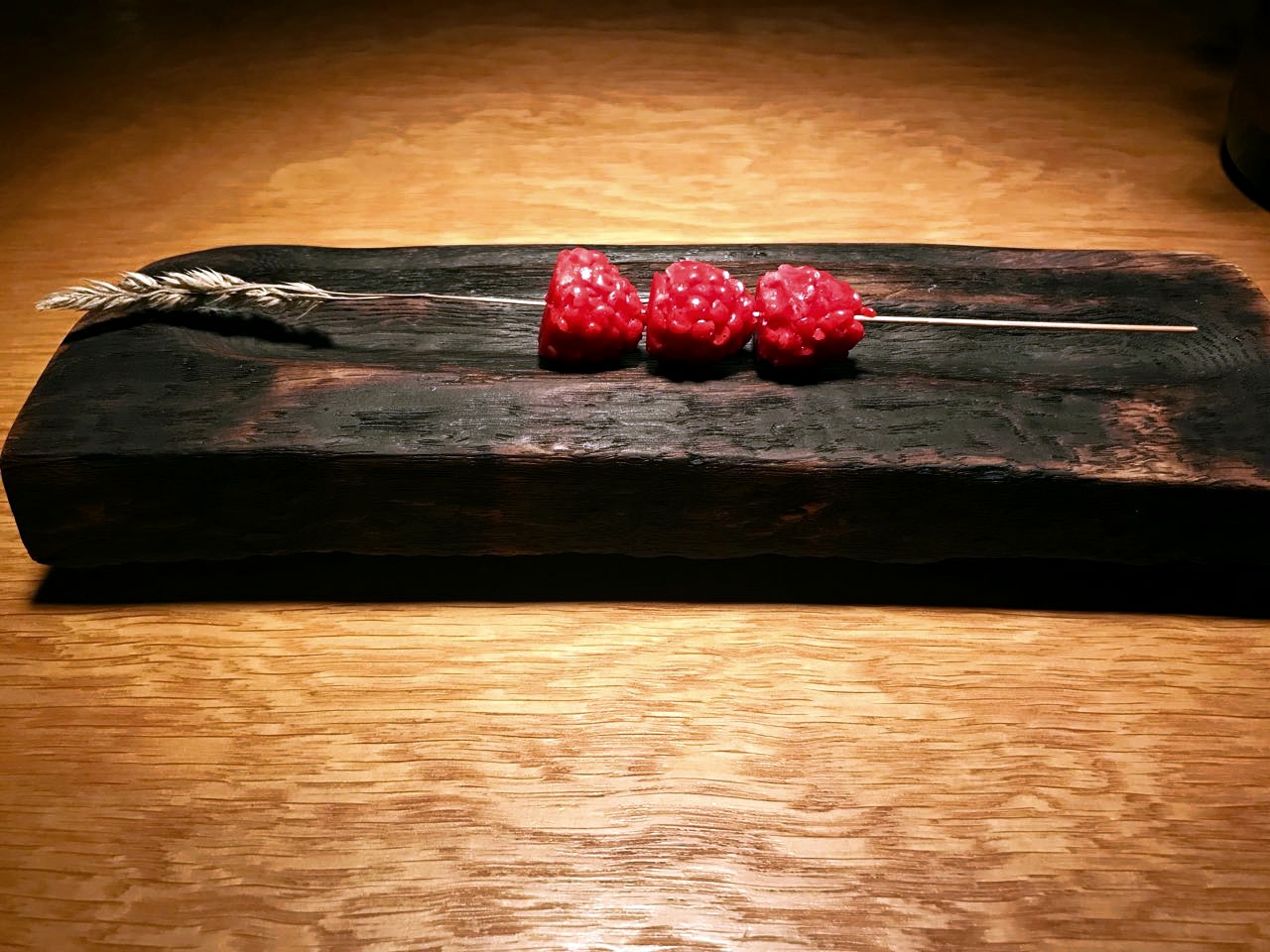 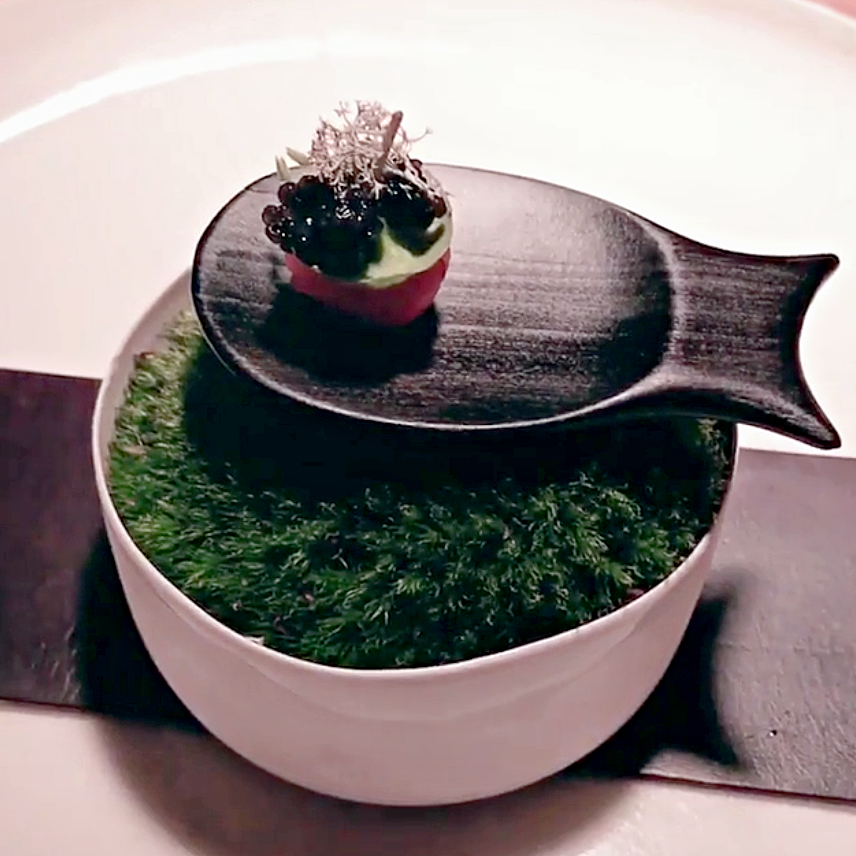 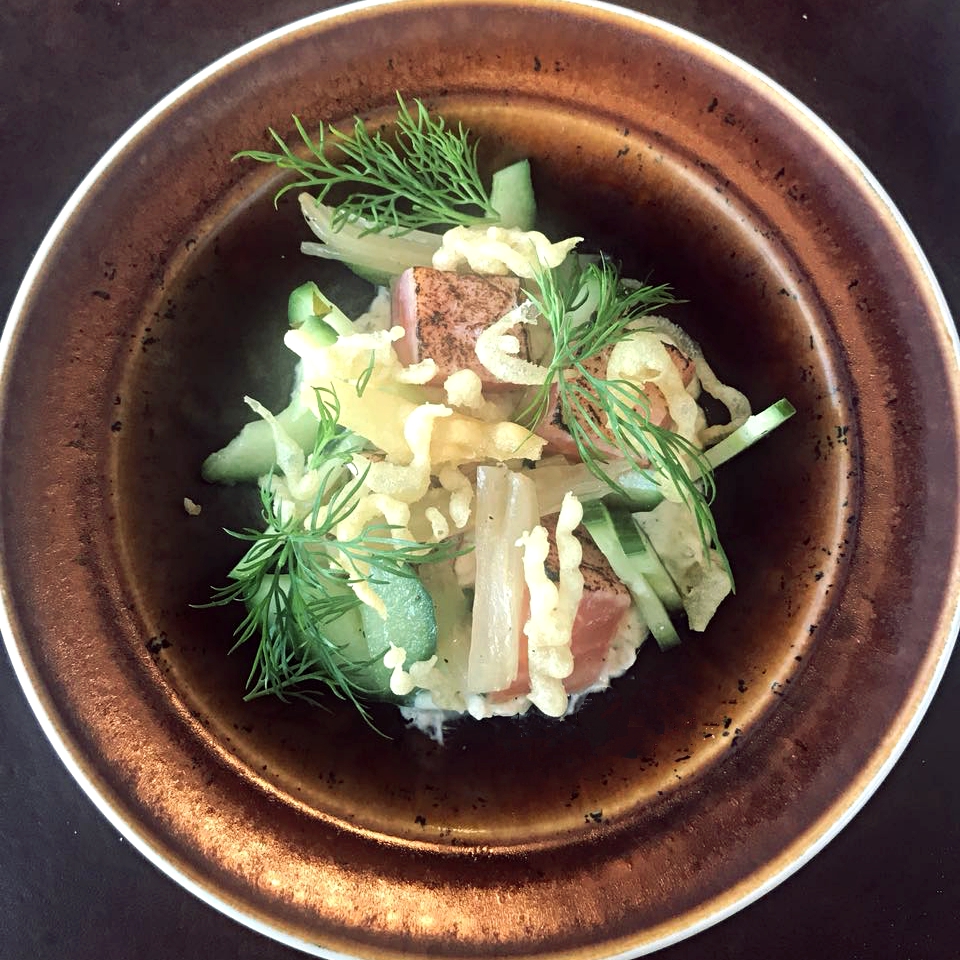 On the Oaxen Krog seasonal tasting menu, you might find dishes such as Scallop, Labrador tea and shell fish garum, or Jerusalem artichoke from the Oaxen farm with chicken of the woods from the island, or Quince sorbet, infused apples and celeriac. Everything is plated with precision, in a portion that is just enough to whet your palate and make you appreciate the delicate blend of flavours and textures. If you fancy having some wine to accompany your feast, you can opt for their wine pairing for the full experience.

Oaxen Krog blew me away with their food and the design was impeccable. It could easily be in my top five restaurants visited to date and that’s no exaggeration! If and when you have the opportunity to indulge in a meal here, you’ll be able to see and taste why this is a two-Michelin star restaurant almost immediately!

Over in the Slip, the bistro fare is heartier and more homely, with more distinct Swedish touch. For example, you might have the Norrøna herring with brown butter, warm potato salad, chopped egg & apple for a starter, or the grilled pork chop with red cabbage & an anchovy butter for your main course.

As a bistro, it’s all about sharing and breaking bread with friends and family so there are a number of dishes that are for two or more. In addition to the a la carte, there are also weekly specials, as well as a “slow” 3-course menu that is specifically constructed so that you can sit for a longer period of time and enjoy your food in peace and quiet!

Dinner at Oaxen Krog means you will need to have deep pockets with a real appreciation for food and fine wines or a good limit on your AmEx to wow your clients and international guests. If you have neither, you can still experience the Oaxen vibe in the equally fabulous Slip bistro.

With that being said, my evening at Oaxen Krog actually toppled some of my nights in Dubai’s best haunts but it was worth every krona.