Ours is a relative newcomer to the London dining scene but this restaurant has already been making waves and receiving accolades. And between the spectacular interior design and Michelin-starred Chef Tom Sellers as the Culinary Director, it’s no wonder! The hip restaurant, designed within a former warehouse space, serves a modern European menu that is both delicious and portioned just right (no oversized, belly-bloating dishes here!). Chef Tom has amassed an impressive list of experiences (training under a chef by the name of Thomas Keller—you may have heard of him 😉) and awards (Michelin stars and AA Rosettes). And he’s still just shy of 30.

The way to Restaurant Ours is paved with glass. Quite literally. There’s a fabulous 30-metre catwalk, a remnant from the space’s days as the Norman Foster-designed Katherine Hamnett showroom, and it’s how you’ll make your grand entrance into the restaurant.

The dining room, with its high warehouse ceilings and plentiful foliage, has an airy, indoor-outdoor feel. From the trees to the wall of live greenery, the foliage-themed bathroom to their private dining room called “The Bloom Room”, interior design company Edwards McCoy have absolutely nailed the decor! The design is incredibly, uniquely “Ours”—there’s no other space or style like it and everything has the “Ours” DNA stamp on it. Ladies, whether or not you need to use the loo, just go to toilets. Trust me on this! Count this as another gold medal-worthy project for Edwards McCoy (on top of their other projects like Cirque le Soir in London, Shanghai, and Dubai!).

The earthy and organic design creates a calming effect and our lunch was fabulously chilled and quiet. However, I can imagine that it gets quite lively once the sun goes down, given the West London location and that some of the restaurant’s backers are from the club scene. Chef Tom says that Ours is a comfy ‘feel good’ space that is as much about the vibe as is about the food. There’s no ideal audience group and they shy away from selling it as a celebratory haunt since it tends to put people off. The diners who frequent Ours make up an eclectic bunch and a large portion of them are from the foodie community. The relaxed vibe and additions like live jazz make it a venue that many have turned into their go-to spot for a good night out.

There’s a great selection of menu choices here so you’ll likely find at least a few satisfying dishes to sate your palate. I ordered the kale with goats cheese and shallots, the super yummy black truffle tagliatelle, and the “Our Chips” with pecorino and foie gras, which were probably the best posh chips I’ve tasted! In fact, every single one of the cluster of dishes we ordered was quite delectable and we were left feeling comfortably full, as opposed to roll-me-out-the-door bloated.

And now onto Tom, a colourful and cheeky character whose tattoos and reputation belie a rather hilarious side that we got to witness during our lunch.

He’s the chef with grit and determination. Google him and one of the first things that’ll likely pop up is critic Fay Maschler’s recent unflattering review of the restaurant. But right alongside that you’ll find his showstopper of a response; well-formatted and polite, firmly pointing out some hardcore facts back at her. And that was the first thing that struck a chord with Pra.

Chef Tom’s focus, paired with his ‘cut through the BS’ demeanor, can oftentimes be misinterpreted for arrogance but it’s far from that. This chef knows he’s in a critics’ world and whilst he embraces the comments, he’s not shy about coming forward when called for. And maybe that’s a lesson we could all learn from?

I get the sense that he’s had to fight, perhaps more than others, to claim his space in this world and that’s no small feat in this industry. What stands out about him (and what I truly admire) is that from a young age, he’s had vision. He knew what he wanted to do and did everything he could to make that happen. That vision is what is making HIS story now.

Growing up in Nottinghamshire, Tom left school at the age of 16 to begin working in a pub kitchen, which is where he had his A-HA! moment. By 19, he was working for Thomas Keller at Per Se in New York and later on placed himself under the tutelage of René Redzepi at Noma in Copenhagen. He went where the experiences were and embarked upon an amazing journey that took him to where and who would coach him enough to develop his identity.

His story actually reminds me of my own start in the recruitment industry. Years ago, I was told that I would NEVER be a recruiter. Well, 18 months later I had 3 awards under my belt and was one of the best in the region. It’s easy to cave under the pressure or let the negativity get to you but Tom knows that haters are going to hate and there’s nothing you can do except keep your nose to the grindstone. In fact, the naysayers are the ones who truly fuel your fire and give you the drive to succeed. After all, there’s no greater pleasure in life than doing what others say you cannot do!

Chef Tom has a thick skin (you have to in this demanding industry) and he’s made a point of listening to and respecting the guys who have helped mould him. His confidence and sheer determination allowed him to fly the nest at a young age and create his “Chef Tom Sellers” identity, using the nuggets of wisdom he’d gained like a buffet table of knowledge. Take the pieces you love and leave behind the pieces you don’t.

Tom Aikens was a huge influence during his younger years and he was actually the one who pushed Chef Tom to move to the US to work at Per Se, which was in its hey day. He has the utmost respect for Chef Keller, a super humble man with fab work ethics, whose role as a huge culture creator makes him second to none to work for. It was at this point that Tom began to form his identity by turning his idols into rivals, but not in the negative sense of the word. When he talks about rivals, he simply means that they were the ones behind him, pushing and helping him focus on making his dream a reality.

Chef Tom’s time at Noma was another pivotal step in his career. To him, René is an absolute genius and was a huge influence in helping him grow both as a person and a chef. He finally had the chance to level himself and really form his identity by asking “What do I want to focus on and why?” He also learned about the good and not so good and to celebrate failure as much as success.

His ‘baby’ Restaurant Story was born in 2013 – it is his firstborn and Chef Tom states that this is where he cooks and that won’t change. At the age of 26 and five months in from opening, the restaurant received its Michelin star.

So what’s on the chef’s plate for the future? Watch this space because Tom has mentioned some strategic projects and plans on spending time between the UK and Hong Kong in 2017 whilst finding the right talent to embrace and mold within Ours! 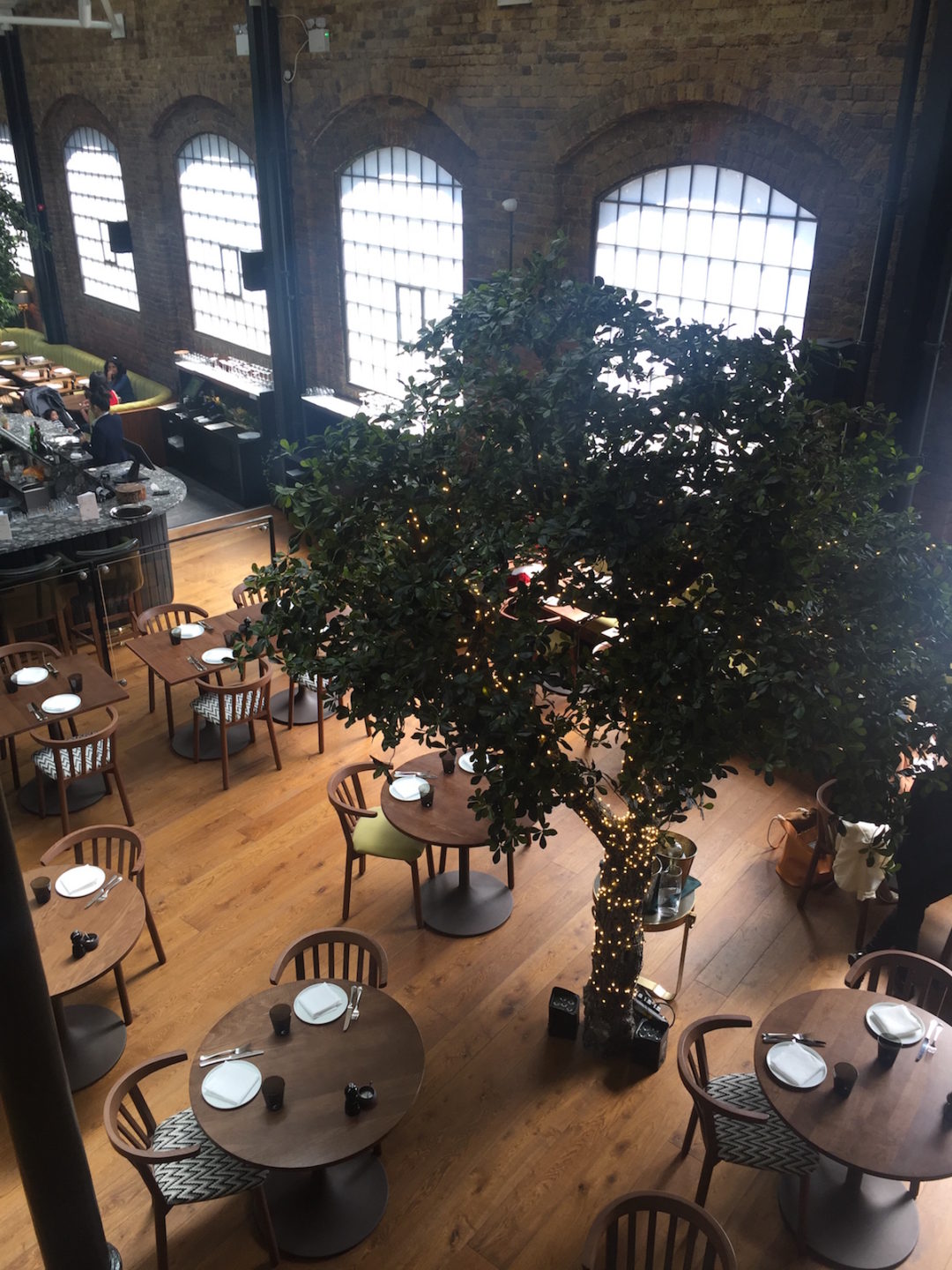 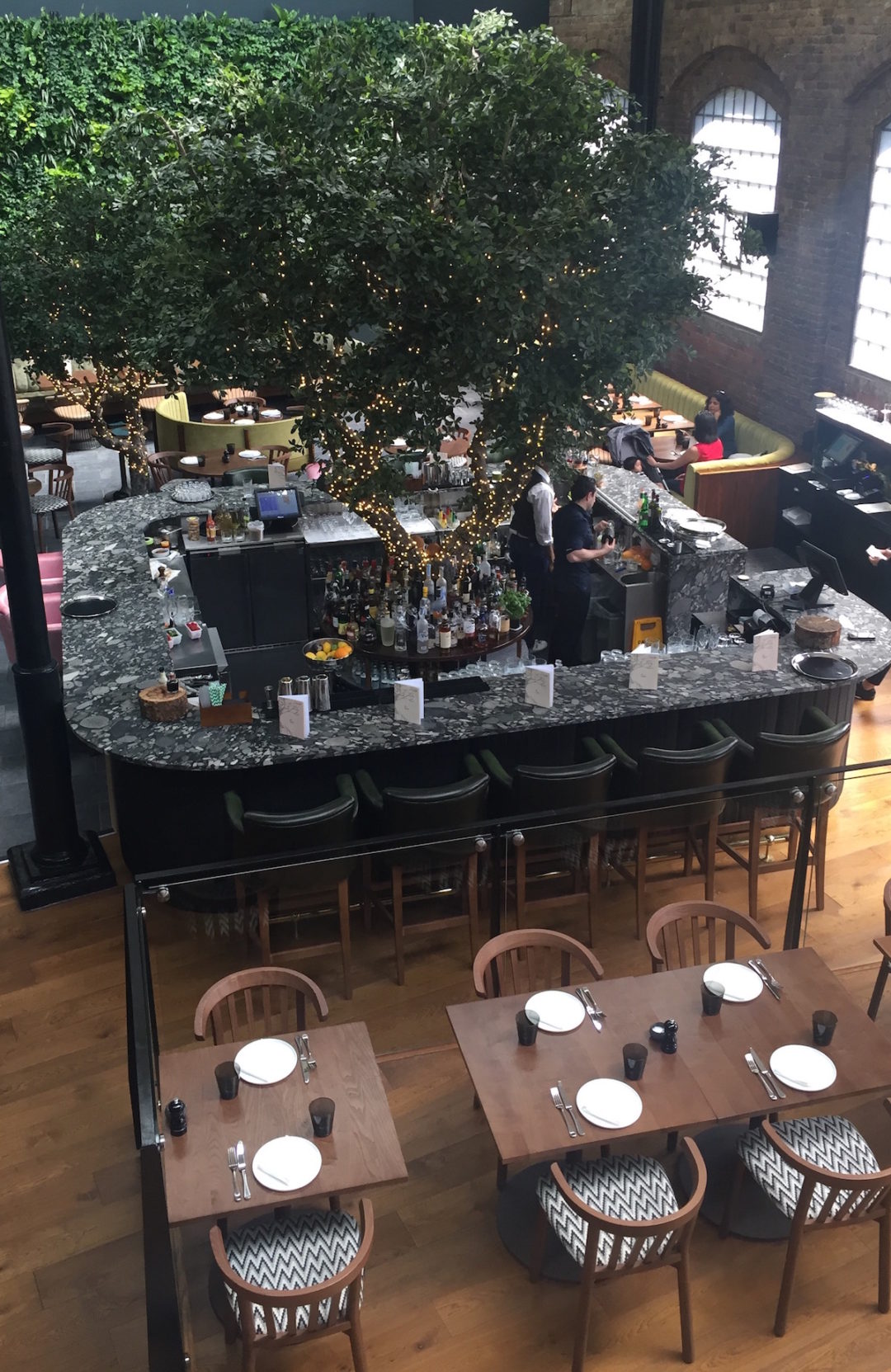 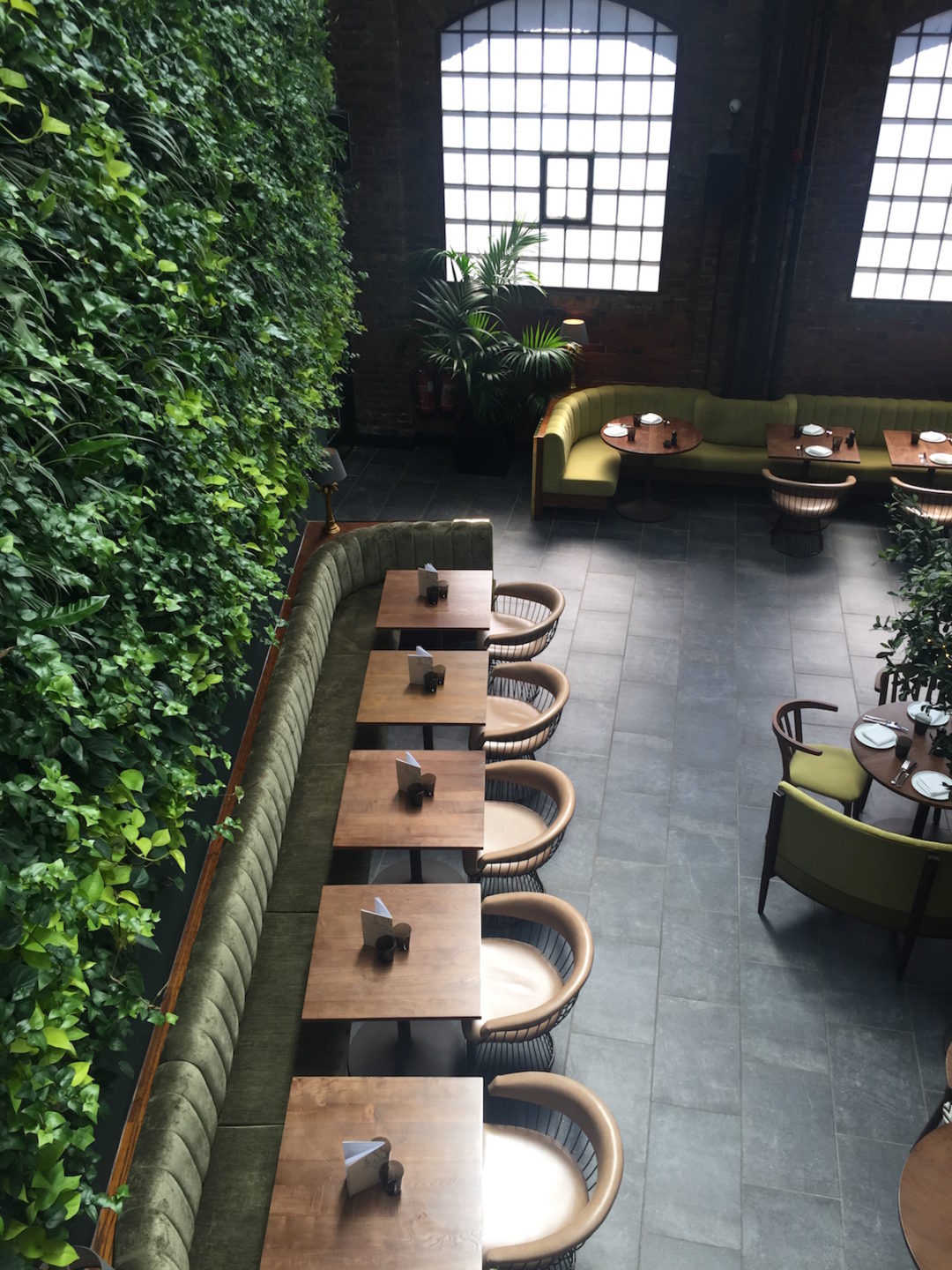 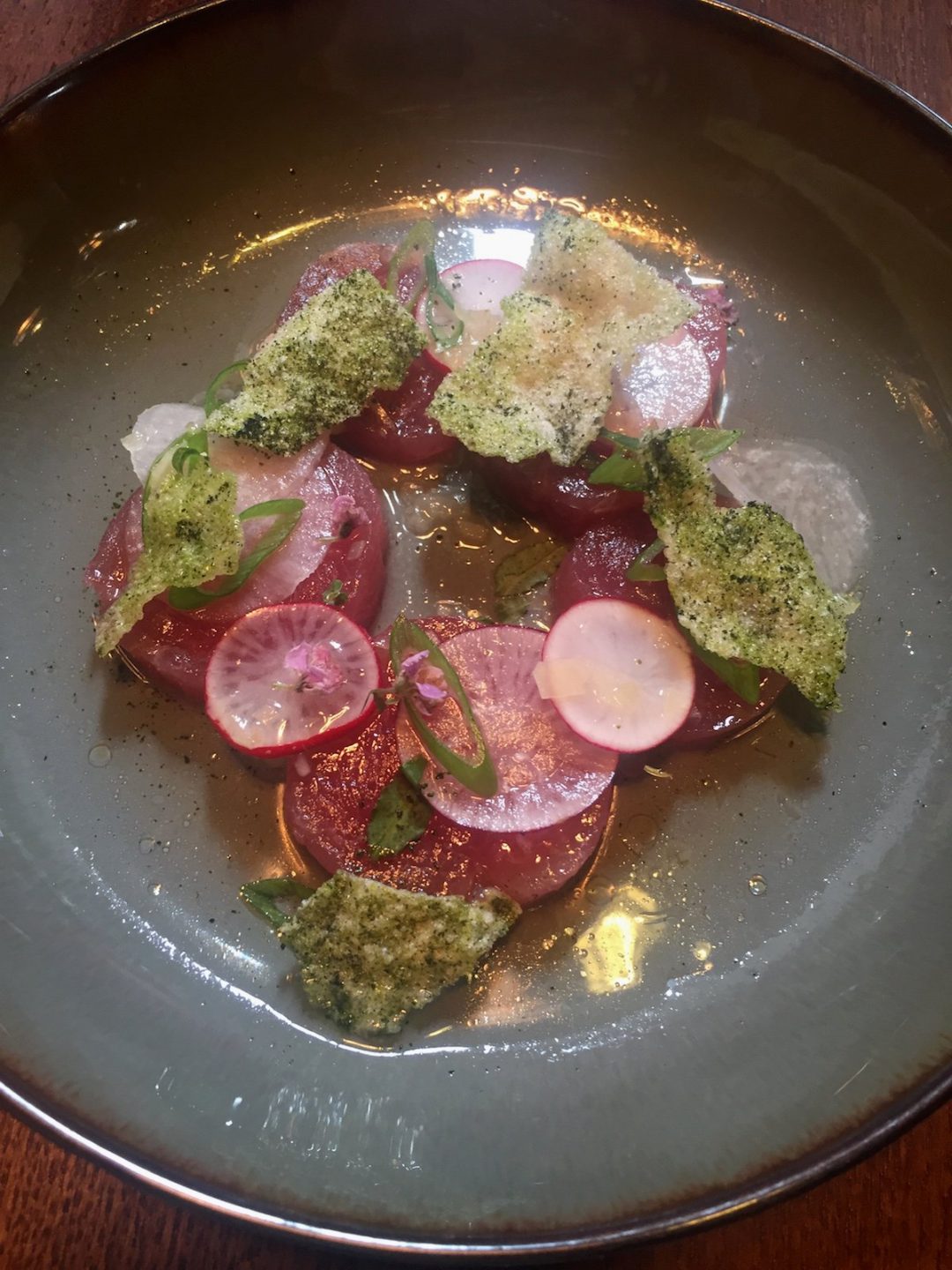 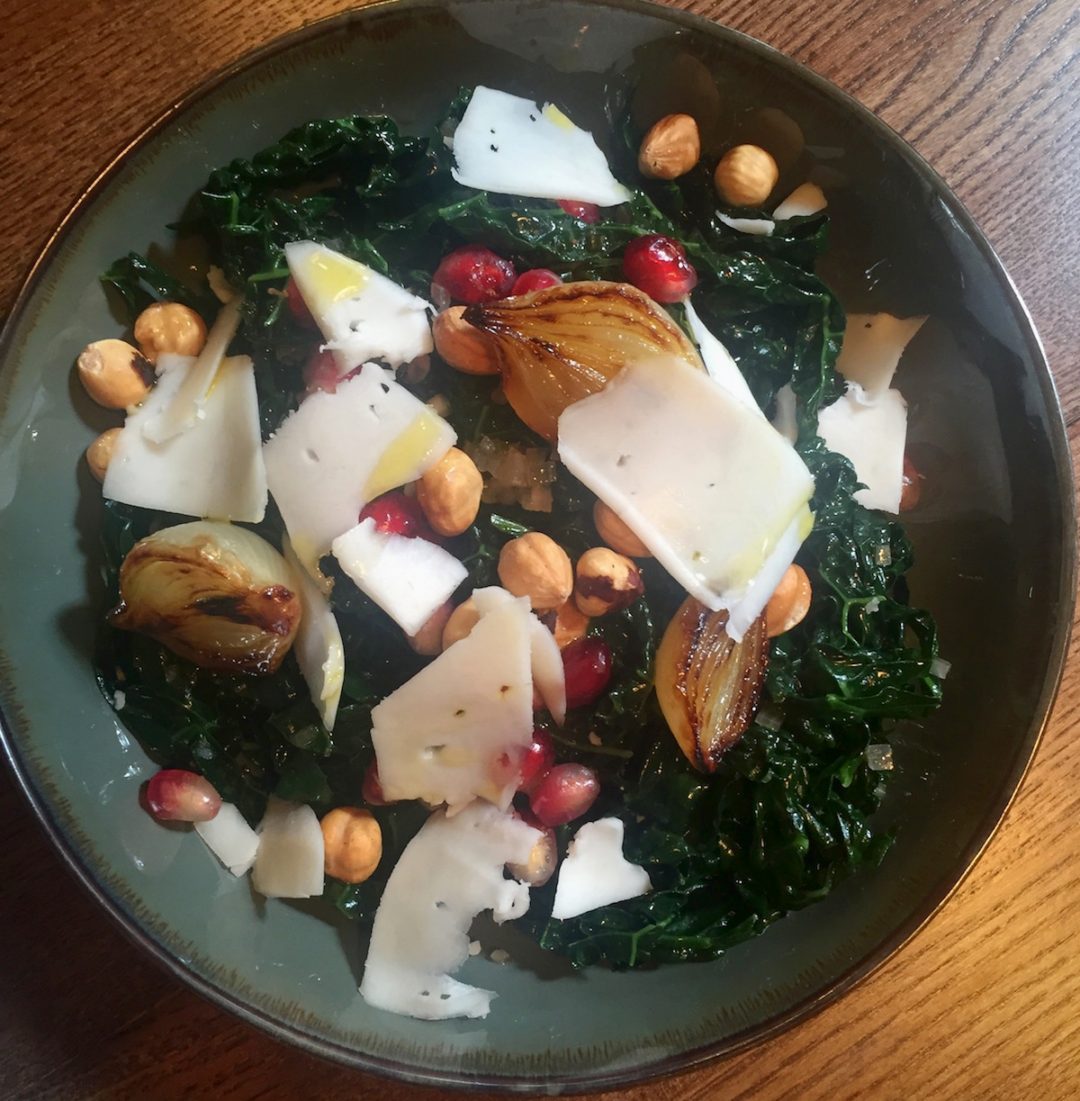 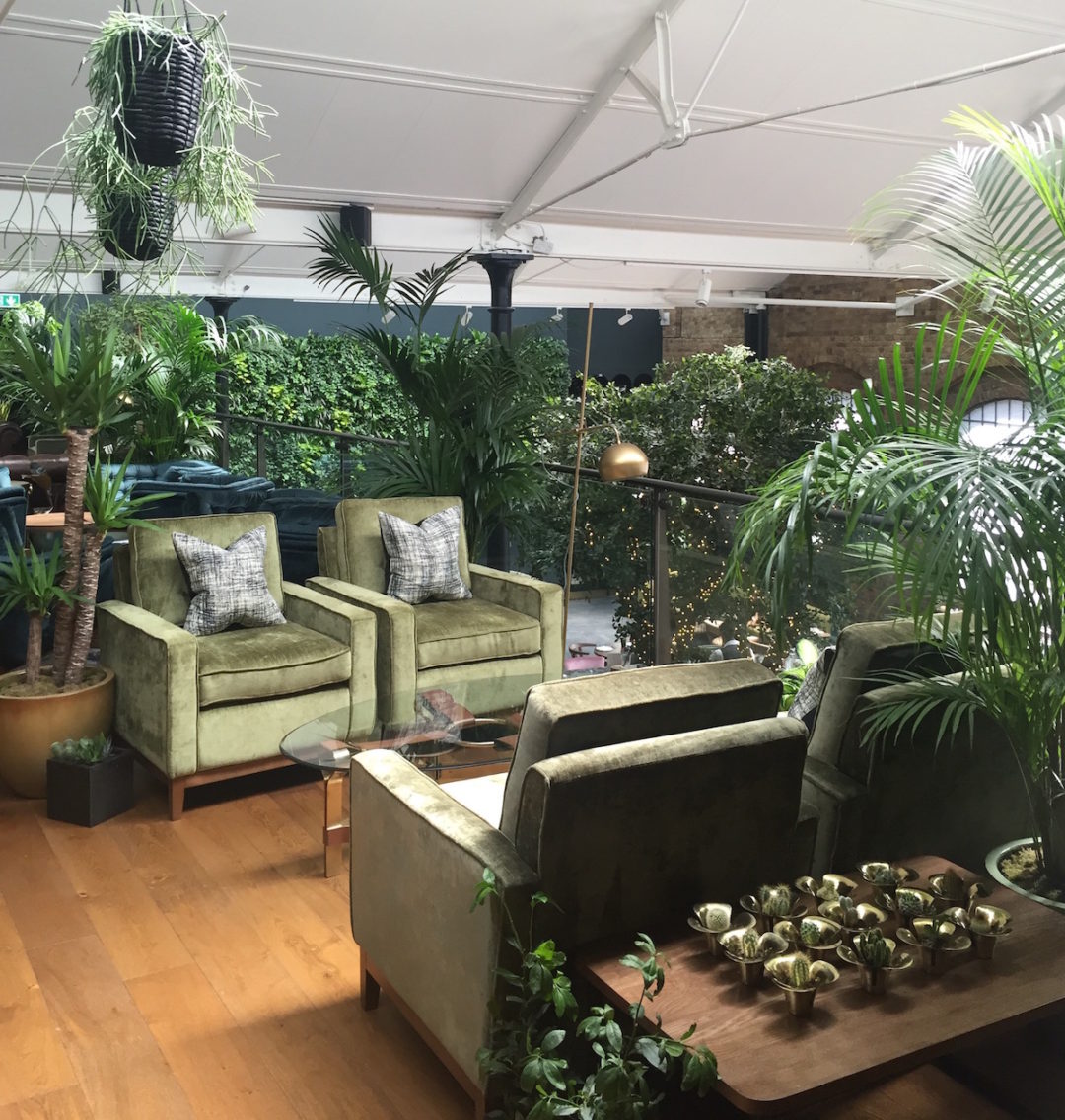 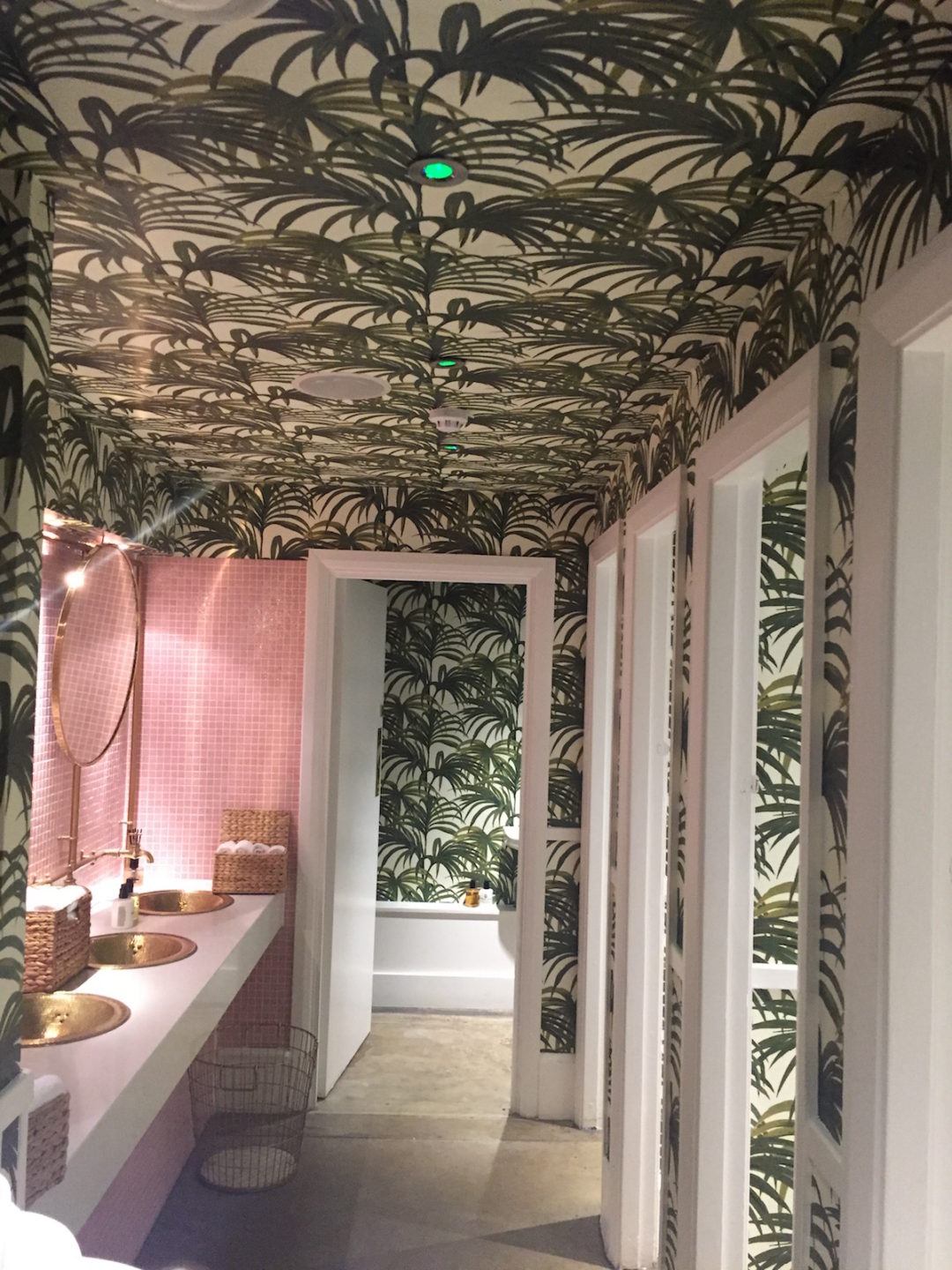